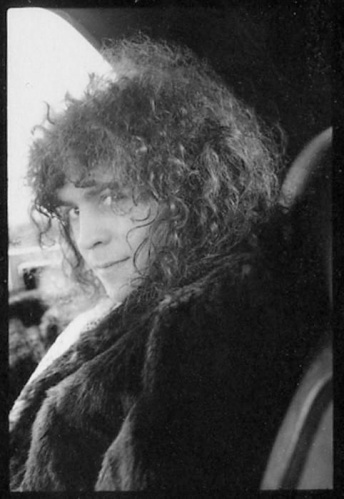 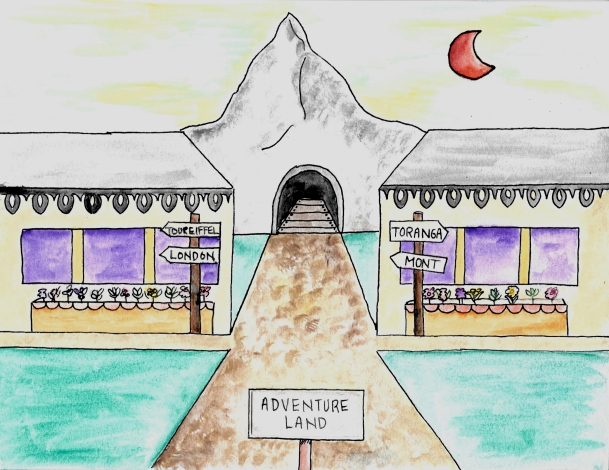 Marc and I travel to Adventure Land – one of his favorite places in the galaxy. It’s an educational amusement park where other beings can journey to experience what it is like for us here on earth. Marc gives me more information….

Diane: So are you saying that there is a galactic amusement park that was the basis for places like Disneyland?

Diane: Can you describe what is there for me?

Marc: Sure but wouldn’t you rather go there and see it for yourself?

So off we go! Marc told me that it’s in a star galaxy that is numbered, but I wasn’t able to discern which one.

Diane: I think that you’ve mentioned before that earth’s reputation is known throughout the galaxy?

Marc: Yeah that’s right. There is a lot of curiosity about earth.

Diane: You told me that this is a place for those who want to discover more about earth, but cannot physically travel there. You also mentioned that it’s earth specific. Are there other places that mimic other planets as well?

Marc: There are but this is the most popular one.

Diane: Does Adventure Land cover the whole planet we are on? This is a planet right?

Marc: Yeah it’s a planet and it only covers a small patch of it. The planet is not very large in comparison to earth – about 1/7th of the size.

Diane: Okay can you tell our readers what goes on here? Those we would term “aliens” come here right?

Marc: That’s right. It has several purposes – to educate and entertain.

Diane: The grass was an odd blue/green color and was fake as were the flowers in the boxes as they are not able to grow earth plants here. Looking down the main street, I see a large mountain, which looked like the Matterhorn, that has a vintage looking wooden roller coaster ride in it. (I rode on this once in the astral.) I see a sign that says “Toranga” which appears like a Wild West town from a movie set. I’m seeing rooms where beings have virtual reality helmets on. What are they looking at?

Marc: Whatever interests them really. If they want to see a T Rex concert (which I don’t think has ever happened – more likely the Beatles or Stones), they can view it. They can look at past and current events, sports, cars, earth eras, plants, spiritual and religious beliefs etc. The virtual reality here is much more advanced than what is currently available on earth.

Diane: I can see that. I’m also seeing an area that looks like a food court where they can taste all sorts of foods?

Marc: That’s right. The food has been transformed to substances that they can eat. Most of the aliens do not eat animals, so it’s geared towards a plant-based diet. Isn’t this a great place!

Diane: It is! It reminds me of Disneyland.

Marc: Yeah…where do you think that idea came from? As Marc, I loved Disneyland and places like it.

Diane: I know. So I’m seeing beings in the physical. Are they all from this planet?

Diane: So they have the ability to get here from other planets?

Marc: Yeah…that’s right but most live fairly close by.

Marc explained that spirits don’t necessarily come here that often as they have the ability to travel in time and can easily access earth. He said that they do mix here to give lectures on their past lives on earth. He said that he came with Bowie once and that caused quite a stir as they had seen his videos. There was a train like the Orient Express (reduced in size and used for a shuttle) and a replica of a New York subway (only one car).

Diane: I’m seeing an Eiffel Tower off to the left and some British double-decker buses?

Diane: Who would have thought that beings so far from earth would be interested in us? I would think that to them, everything we do is very old-fashioned?

Marc: Well…it is but that’s part of the charm here. (He said that I love to go to museums to see artifacts and art from previous generations/countries and it’s the same for the beings who visit here.) You would be surprised at how much information and technology overlaps throughout the galaxy. We are all influencing one another.

Diane: So who brought the info from earth here so they could build this?

Diane: Who are they? (I was being shown VERY massive space ships.) Time travellers in what sense?

Marc: In the sense that they travel through space to collect data and information and pass it on throughout the galaxy.

Diane: Are they spirits or physical?

Marc: They are mostly physical, but they do work with spirits.

Diane: Their energy feels like they love adventure and make it their life’s mission to educate and bring civilizations together?

Diane: Maybe we can talk to one of them at some point?

Marc: Good idea…I’ll see what I can do.

Diane: So if someone saw a baseball film, can they go out and play baseball somewhere?

Marc: Well not in the same way probably. It would more likely be that they would play it in a virtual reality game.

Diane: You told me that in earth’s future, we will have places like this – that let us learn about others out there?

Diane: How do the beings here communicate with each other? I’m getting that they have highly advanced telepathic abilities and they have what sounds like a very complicated language?

We said goodbye to Adventure Land then, but I’m sure we’ll be heading there soon! Check back to see if we can get a Time Traveller to talk with us. I’m sure they will have some interesting stories to pass on!